The Men’s (and Those Who Care for Them)
Issue 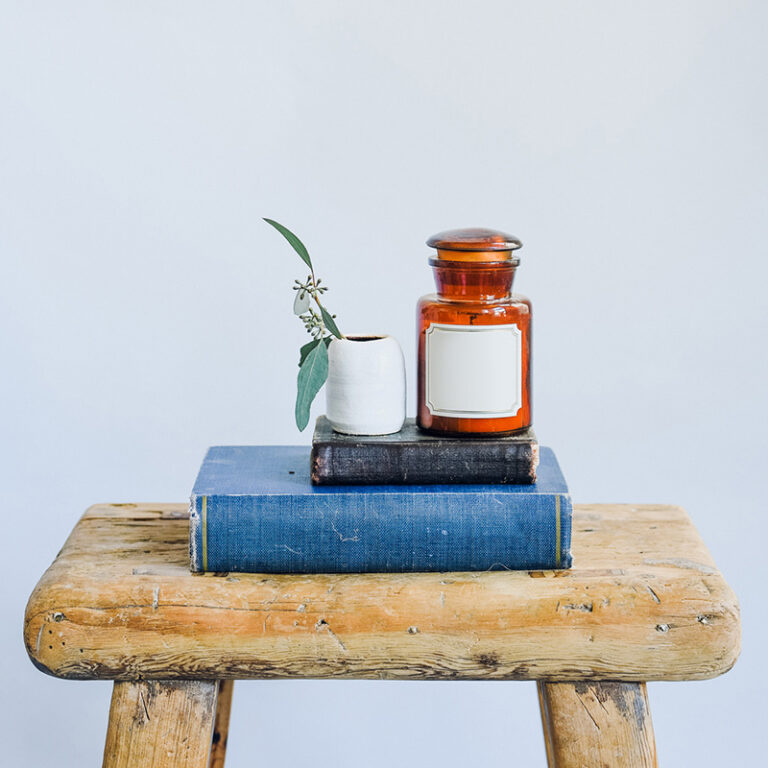 In general, as men age, their prostate gland enlarges.  The clinical term for enlargement of the prostate gland is Benign Prostatic Hyperplasia (BPH).  The benign part is important because it means the prostate is not enlarging due to something not so benign, like cancer.  Nonetheless, enlargement of the prostate gland puts an anatomical chokehold on the lower bladder, right where it connects with the urethra (the tube through which urine and semen flow) often resulting in a condition known as bladder outlet obstruction (BOO).  The combination of BPH and BOO can result in a number of problems known as lower urinary tract symptoms (LUTS).  Below is the International Prostate Symptom Score, a common measure of LUTS. Chart shown below.

Approximately 50 percent of men between the ages of 51 and 60 and up to 90 percent of men older than 80 are affected by BPH.  Moreover, among older men, the rate at which the prostate grows also increases by approximately 2.0% to 2.5% per year.  Interestingly, however, an enlarged prostate is not directly related to the severity of LUTS.   Nonetheless, with advancing age the rate at which LUTS worsen dramatically outpaces the rate at which men develop LUTS suggesting other factors are involved in the clinical progression of LUTS (from mild to moderate to severe), and BPH.

Monitoring LUTS, and getting regular prostate exams are important because LUTS, BPH, and BOO, are associated with increased risks of mortality, depression, falls, diminished health-related quality-of-life and billions of US dollars in annual health expenditures.  Although age and genetics play important roles in the onset of this trio of prostate problems, measures can be taken to prevent their clinical progression.  Foremost among these measures are having a physically active lifestyle.  Moderate to vigorous physical activity has been consistently tied to decreased risks of BPH surgery, and other clinical manifestations of BPH and LUTS.  Compared to sedentary men, the risks go down by as much as 25%, with the magnitude of the protective effect increases with higher levels of physical activity.  This power of regular exercise to lower clinical risks of BPH and LUTS may be indirectly related to its preventive effect in terms of lowering the likelihood of becoming obese, developing diabetes, the metabolic syndrome, and protecting against inflammation and cardiovascular diseases.  A preponderance of the evidence shows obesity increases the risks of BPH surgery and initiation of BPH medical therapy.   Similarly, greater amounts of adiposity (body fat), body weight, body mass index (BMI), and waist circumference have been consistently shown to have positive associations with greater prostate volume and severity of LUTS.

There is also some evidence that diet may have a role in preventing clinical manifestations of BPH and LUTS.   Vegetables and fruits, especially those high in carotenoids (e.g., apricots, asparagus, beets, broccoli, cantaloupe, and carrots), plant-based oils, walnuts, sunflower, and flax seeds, as well as salmon, and albacore tuna, have the potential to decrease the risks of symptomatic BPH and LUTS.  In contrast,  increased total energy intake, red meat, fat, milk and dairy products, cereals, bread, poultry, and starch have the potential to increase the risks of clinical BPH and BPH surgery.

Keep benign in prostate enlargement by keeping up a moderate to a vigorous exercise program.  If you are not active, talk to your doctor for advice on getting started safely.  Also, eat well, and have regular consultations with your physician regardless of your score on the International Prostate Symptom Score. 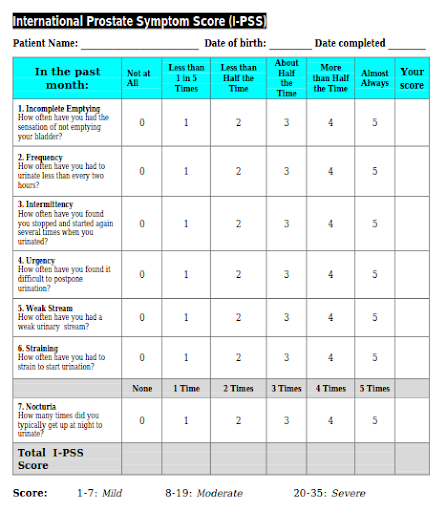